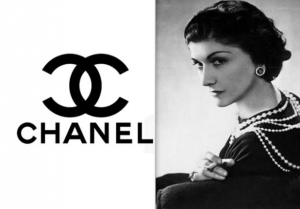 Mademoiselle CHANEL, her legendary library, Russian Royals & THE UNIVERSE of the ARTS.
This event is part of the Mayfair & St James’s Literary Festival 2019

We are delighted to invite you for welcome drinks for the launch of the Mayfair & St. James’s Literary Festival.

‘Chanel’s generation had a mission to invent the 20th Century: airplanes, electricity…and the futures’


‘In Mariana’s captivating presentations you become aware of your senses, people around you and the world beyond.’ Mstislav Rostropovich

Award winning curator and a concert pianist Mariana Haseldine returns to Mayfair with this unmissable talk and musical performance.
This comes as a sequel of her brilliant Romanov Variations project, inspired by the world The Russian Imperial Court and produced with the Royal Collection Trust in 2018.

Chanel’s generation had a mission to invent the 20th Century: airplanes, electricity…Do join our evening about the most daring inventors of the 1920s, many of whom were friends of Chanel. In a visually rich talk the guests will be offered a chance to see images of the archival photographs, drawings, notebooks, scrapbooks and letters of the most exclusive, extravagant, and beautiful, cosmopolitan socialites, the Rothschilds, Lady Diana Cooper, Daisy Fellows etc, all of whom were Chanel clients and the patrons of the greatest creators of the early twentieth century such as Serge Diaghilev, Igor Stravinsky, Pierre Reverdi, Jean Cocteau and Pablo Picasso.

During the evening Antoine de Saint-Exupery’s private letters to the Russian Royal Princess, Natalia Paley, the Queen of style in Paris 1920s and the real life muse to Chanel, will be read along with the fragments from The Little Prince, which was inspired by Natalia, and their intriguing love story.

The evening will highlight Chanel’s philanthropy to the Ballets Russes and her contribution to the development of modern dance and theatre. Coco Chanel became a legend in her lifetime and it is no wonder, therefore that we are curious about what built her individuality of her mind.

With Gabrielle Chanel entering the arts stage at the beginning of the 1920s, the time was shaped by ‘all the nervous energy stored up and expended in the war’, and was the most decisive factor in the development of the life of Chanel. Chanel was at the right TIME in the right place: Paris in the 1920s was the world centre of crossroads of ‘nerves’ of three most exciting cultures, a melting pot of three worlds – ‘Imperial Russia’ in exile, America’s ‘lost generation’ (the generation of expatriate Americans that came of age during World War I), and French mainstream itself. F. Scott Fitzgerald expressed most strongly the romantic dream of the “lost generation”: love, money, power and death were fused together in search of one own voice and life’s short cut.
“We all went to Paris. It was where we had to be.”

As Chanel summed up famously looking back at the 1920s: ‘It was artists who taught me to be rigorous’: she and her friends were united by their inexhaustible desire to explore and learn about art and life, influencing each other as they created an enduring body of work that speaks deeply of their time. Chanel’s embracing of the Ballets Russes and the world of the artists meant that she would be accepted at the heart of the most exciting avant-garde laboratory of ideas. Going beyond mere entertainment the Russians left a transforming imprint on the understanding of beauty and what constitutes great art.

The talk will recount in historical detail the intrigue and impact generated around the world by this stylish jet-set. Echoing Diana Vreeland “They are the most exciting and thrilling things that any of us have had to look at for years and years and years.

Gabrielle Chanel was at the epicenter of haute couture, a whirlwind of sumptuously-decorated villas and yachts, elite evening parties, immortalized by fashion photographers like Cecil Beaton, Man Ray and Horst. Combining elegance and fantasy, the members of the Café Society enjoyed a sophisticated, avant-garde lifestyle. Some of the 20th century’s most original talents―from Cole Porter to Yves Saint Laurent―stepped into the limelight via the Café Society. 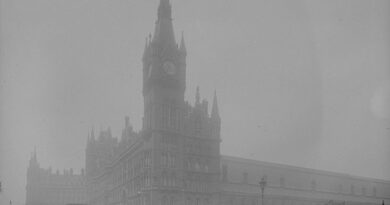 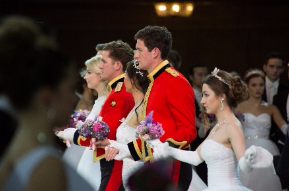