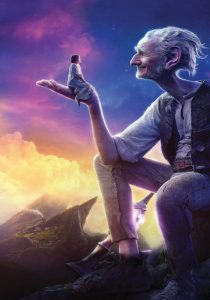 Steven Spielberg’s adaptation of Roald Dahl’s children’s book in which a young orphaned girl is carried away to a magical land by a big, friendly, giant.

The film opens on a ‘Disney-esque, version of Victorian London, where a young orphan, Sophie, (newcomer, Ruby Barnhill) is snatched by a giant (Mark Rylance) and whisked away to his homeland.

Once they arrive, if becomes apparent to Sophie that he is a ‘good’ giant (Big Friendly Giant) and that she is safe with him.  However, he tells her that there are bigger and more sinister giants with scary names like ‘Bloodbottler’ and ‘Fleshlumpeater’ who prey on ‘human beans’.

At first, Sophie is confused by his comical meanderings and mode of speech – ‘a little squiggly’ touched with a smidge of West Country burr – but soon begins to find it comical and endearing (as do we).

The BFG’s sole purpose in life appears to be to store and deliver dreams – a daunting task which he takes very seriously. There are some strongly visual dream-catching moments, including one where a young boy is dreaming he receives a call from the President of the USA.  A thrill, I think, we would all enjoy – but not if it were ‘Trump the Rump’!

Meanwhile, the bad giants are preparing to ‘guzzle human beans’ in England and Sophie and the BFG hatch a plan in order to convince the Queen (via her dreams) that giants do exist and that they are on their way to carry out their devilish deeds. Will they manage to convince her?

The final act is my favourite – at the palace, the BFG introduces the Queen to his favourite drink of Frobscottle and to the ‘whizzpopping’ effect encountered, once it has been imbibed!  I haven’t laughed so much since ‘Bridesmaids’.

Spielberg seems to have returned to his roots with this delightful and imaginative film.  Not since ET, has he produced a film so magical.  In fact, the film is based on a screenplay written by the late Melissa Mathison, who, coincidentally, wrote ET, and this has more than a touch of the magic that the endearing extra-terrestrial first brought to cinema goers.

Rylance (who won a much deserved Oscar for his role as Rudolf Abel in Spielberg’s Bridge of Spies) gives a perfect motion-capture performance as the melancholic, big eared, wispy-haired, gentle giant.  His kind eyes are mesmerising and need little dialogue to express what is going on behind them.

Barnhill is a great little actor and this is her first major film role – methinks, an illustrious beginning to a burgeoning career? She gives the character credibility with her down-to-earth approach to an anti-Disney archetypal heroine role along with her mixture of innocence and strength.

Wilton is fantastic as the ‘Queen’, and even manages to look uncomfortable/yet comfortable in the ‘Frobscottle’ scene.  Not an easy feat, I can tell you.

This film will be loved by children and the ‘young at heart’ who will, once again, revisit their inner child and in terms of CGI excellence and visual delights, will be transported to pastures new.

Everyone is guaranteed a ‘scrumdiddlyumptious whizpopping’ time … unless of course, you have more of a propensity towards ‘Scrooge’ than ‘Mary Poppins’ … 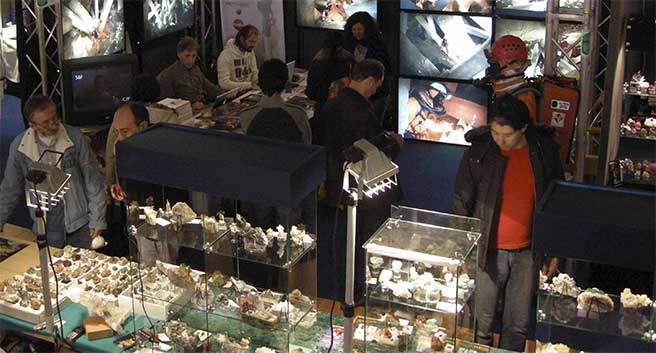