GABRIELE CHANEL: THE UNIVERSE OF THE ARTS

“I’ve never done things by halves” ‘there is no time for monotony: there is time to love and time to work there isn’t time for anything else”. Gabrielle Chanel

2020 will mark a 100th year anniversary since Igor Stravinsky’s iconic The Rite of Spring 2nd edition (1920) was sponsored by Gabrielle Chanel. Fortune smiled on Diaghilev and Stravinsky as Gabrielle decided to sponsor the Rite with a cheque for a large sum of money when she returned to Paris and free costumes for ballet. By becoming a philanthropist to Stravinsky and Diaghilev Chanel confirmed her place in the universe of the arts and she too advanced with great confidence her own image of the most influential modernist artist and designer.
“‘I design my collections with the airplane in mind”.Chanel’s inventions became part of 20 th century life in the same way as the airplanes and
motorcars did and Gabrielle Chanel’s power as one of the most pioneering inventors of all times is universally acknowledged.

Тhe concept of “Mademoiselle CHANEL” is a ballet production about the life and myth of Gabrielle Chanel, her imaginary and real maps and meridians, inspired by meeting in Paris Edmonde Charles-Roux, the author of the first Chanel’s biography. If you think about Luchiano Visconti that without Chanel we would not have Visconti as a film director, and without Visconti we would not have Maria Callas as a great theatre Diva, then Chanel’s influence in support and inspiration for the arts is huge.

When Gabrielle Chanel was invited by the founder of the Ballets Russes to enter his inner circle, circle of the global celebrities of Imperial Russia, she found herself in the company of the greatest creators of the twentieth century such as Igor Stravinsky, Pablo Picasso, Salvador Dali and Jean Cocteau and started designing costumes for Diaghilev’s productions Le Train Bleu and Apollo ballets. Chanel embraced the Ballets Russes as her family, gaining the entry as a patron at the heart of the most exciting avant-garde creative laboratory which also became her core platform for developing CHANEL fashion empire.

“Pablo Picasso said that you are “…the woman with the most sense in Europe”. I completely agree.” Jean Cocteau

“My Dear Coco, Your success in both the fashion and the art world caught my attention., Your work is “…’a kind of miracle’, ‘[you have] worked in fashion according to rules that would seem to have value only for painters, musicians, and poets’.“
Letter from Jean Cocteau to Coco Chanel: June 20, 1925

When Gabrielle Chanel met Diaghilev and Stravinsky in 1920, they were stateless exiles from a Bolshevik Russia wrecked by civil war. She offered her villa to Stravinsky and his family, as she possibly also was identifying herself with these Russians as she knew only too well what was it like not to have a home.

IGOR was the most intriguing of the Russians in Chanel’s life: the Russian of the avant-garde. The influences that such strong personalities as Stravinsky and Chanel had on each other are so fascinating: Chanel said everything she knew about music was what Stravinsky taught her and it was indeed Chanel who changed Stravinsky into the assured, fashionably dressed and arrogant person he became.

Chanel and Straivnsky were both lifelong inventors, real chameleons and above all, shared these qualities in common: an amazing work ethic and courage.
Chanel added later to her real name a word ‘Bonheur’ = the ‘lucky one’ and she indeed was truly lucky to be forever associated with the great Russian composer Igor Stravinsky and The Rite of Spring, which was the first art work she sponsored. Symbolically she sponsored the work that represents the link with the earth and the values of the rural world that Chanel was born into; the peasants.

Ideals true to French culture are simplicity, elegance, and clearness.

The values of restraint and elegance are juxtaposed with aspects of freedom and fun; these are the values that true French culture are based in! The “Ford signed Chanel” was a trademark of the French ideals of elegance, accessibility, and simplicity.

Chanel’s personal life has influenced her fashions and the Russians played a huge role in that.

Chanel met and befriended Winston Churchill in the mid-1920s through her then-lover, the 2nd Duke of Westminster. The duke—one of wealthiest men in the world was close friends with Churchill, then Chancellor of the Exchequer, who was so impressed by Gabrielle’s energy that, the future prime minister wrote in a letter home, that “the famous [Coco Chanel] turned up and I took great fancy to her—a most capable and agreeable woman … She hunted vigorously all day, motored to Paris after dinner, and today is engaged in passing and improving dresses on endless streams of mannequins. … She does it all with her own fingers, pinning, cutting, looping. Some have to be altered ten times.”

Gabrielle Chanel had well-placed friends everywhere. Her first taste in power came with dating the real Royal prince, Russian Grand Duke’s Dmitry Romanov, a cousin of the Tsar Nicholas II. Dmitry was brought up in Russia by Emma, the granddaughter of Queen Victoria, whose sister was the wife of the Russian Emperor Nikolai II. To Chanel, the Grand Duke embodied all the romance of an Imperial Russia whose magnificence had been unparalleled for the world for 300 years. Chanel has been supporting the penniless Grand Duke in his first Paris years since the Revolution.

We know that the ear of the wheat was one of Chanel’s most favourite’s symbols and her friend Salvador Dali, another great creator whom Gabrielle supported for many years, made specially the ear of the wheat in the old masters technique: she always wanted to have it by his side as a symbol of prosperity. 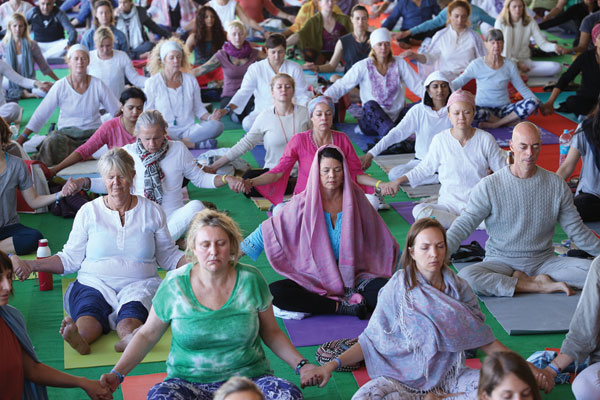 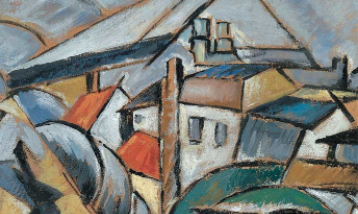 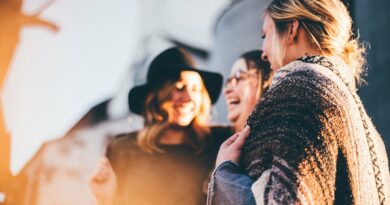